Developmental coordination disorder (DCD) what it says it is… a disorder of the development of coordination. There have been many definitions between the scientific and clinical communities which are discussed in depth and at length!

Until recently DCD was seen as an idiopathic disorder (meaning no-one knew what caused it!). Historically research has focused on associated risk factors for DCD which include genetic factors, prematurity, increased (fetal) toxin exposure (e.g. cigarette, alcohol, drugs) and maternal stress and depression. Many of these factors can be associated with poor socioeconomic status and as a result poor socioeconomic status is also often linked with DCD.

With the advent of functional magnetic resonance imaging (fMRI) more researchers have explored the aetiology (cause) of DCD, and have recently developed two main theories. The first is “Micro-structural damage to various brain areas and spinal cord” (Zwicker et al 2012 as cited in Ferguson et al 2014, McLeod et al 2014).  The second theory is that of “intrinsic maturational problems of the developing brain and insufficient stimulation of the delayed brain” (Zwicker et al 2012 as cited in Ferguson et al 2014)). It is universally accepted that the Central Nervous System (CNS) (brain & spinal cord) is what controls and coordinates the body, then logically as a disorder of the development of coordination, DCD must be a result of atypical development of the CNS.

By applying the Movement Analysis and Education Strategies approach (Maes 2015) which is supported by Leonard HC (2016) we can deepen our understanding of how a child with DCD develops.

Let’s look at typical development. In typical development, the ability to move in a coordinated manner is the consequence of a number of events that have their foundation on preceding events. The CNS continually coordinates movement from conception to death. As a baby and toddler, the ability of the CNS to coordinate movement allows for the child to explore. By exploring different movement patterns and receiving sensory feedback from these movements; a child develops a repertoire of postural and movement skills. The more skills (increased repertoire) you develop the more options you have of combining these skills to achieve a task. The more combinations you can make, the more tasks you can do and the better and more refined task execution becomes.

In other words; to be able to look typical while doing a task or activity one must have adequate posture and movement skills available which will depend on the coordination ability which in turn depends on an intact CNS. It is a balancing act, where one block depends on the block below and the block above it to maintain stability.

If a typically developing child has not developed an adequate skill set (foundation) for a particular task or activity they can look atypical, until they have developed more complex skills, increased their skill repertoire and refined their selectivity of skills in order to master the task. This concept continues into adulthood. For example have you watched someone trying to learn to ski or snowboard for the first time?

In DCD, as a consequence of this minor damage to the developing central nervous system the child’s brain is unable to coordinate typical patterns of movement. This impacts the way the child learns to develop postural and movement skills, resulting in a poor foundation of skills (e.g. decreased repertoire of movement and postural skills). The particular set of skills that the child develops/learns will in turn affect the way they interact with the environment and engage in tasks/activity/play. As discussed previously, if the child does not have the skill set for environmental interaction and/or the task/activity required they will appear atypical compared with their peers. The way the child engages in tasks will affect how they engage in further, more difficult tasks. As tasks become more challenging (requiring more/different/complex skills), the child will look more atypical because they haven’t developed the correct skill set due to atypical coordination. In other words; the foundation of coordination (CNS) is not working as well as it could resulting in atypical coordination resulting in the child learning atypical movement skill and the child looking atypical during a task or activity as a consequence. If the foundation is unbalanced it will unbalance the whole tower.

The way a child engages in a more difficult tasks depends on how they have engaged in previous tasks (their foundation). As a result, the fall-out of children with DCD is only noticed once the child reaches school-going age as the complexity of tasks a child is expected to perform increases. The more complex the task, the more the deficit becomes more obvious.

In summary, if a developing infant struggles to coordinate their bodies, it will affect the exploration of their bodies and their environment. In turn it will affect how they experience sensory input which will impact their feedback and feedforward systems. If your sensory processing is atypical then the development of motor learning and further skill acquisition is affected (Leonard 2016). Skills could include any form of function from, vision, perception, gross motor skills, fine motor skills, executive function, attention to working memory etc.

Snapp-Childs W, Mon-Williams M and Bingham GP (2013) A SENSORIMOTOR APPROACH TO THE TRAINING OF MANUAL ACTIONS IN CHILDREN WITH DCD. Journal of child neurology 28(2): 204–212. 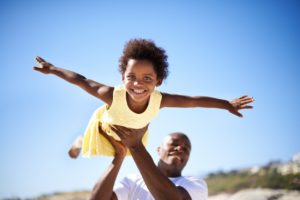 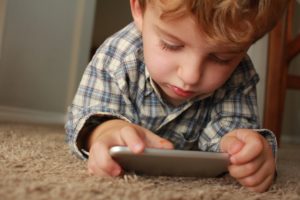 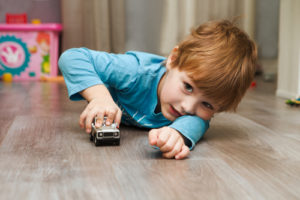